It was with an engineer's "Let's fix this" kind of thinking that Dad responded to the destruction of the World Trade Center towers with a sketch of his own. Though he would be completely unsurprised to learn that the replacement ultimately did not open until June of 2014, and represented an arduous set of compromises and negotiations, he took seriously the notion that every citizen could participate somehow in forging a suitable design. Though he had little experience with the scale of compromise that was required, or the political wrangling and anguished hand-wringing that ensued, he perhaps unconsciously sent the message that he, or his children, could made a difference even in places far removed from one's self-important humdrum and bother.

That is, with sufficient persistence and effort.


He succeeded in passing on a work ethic that likely exceeded his own expectations for his children and to this day bedevils the friends and spouses of each of the six of us.

You can read his letter and see his rough sketch. 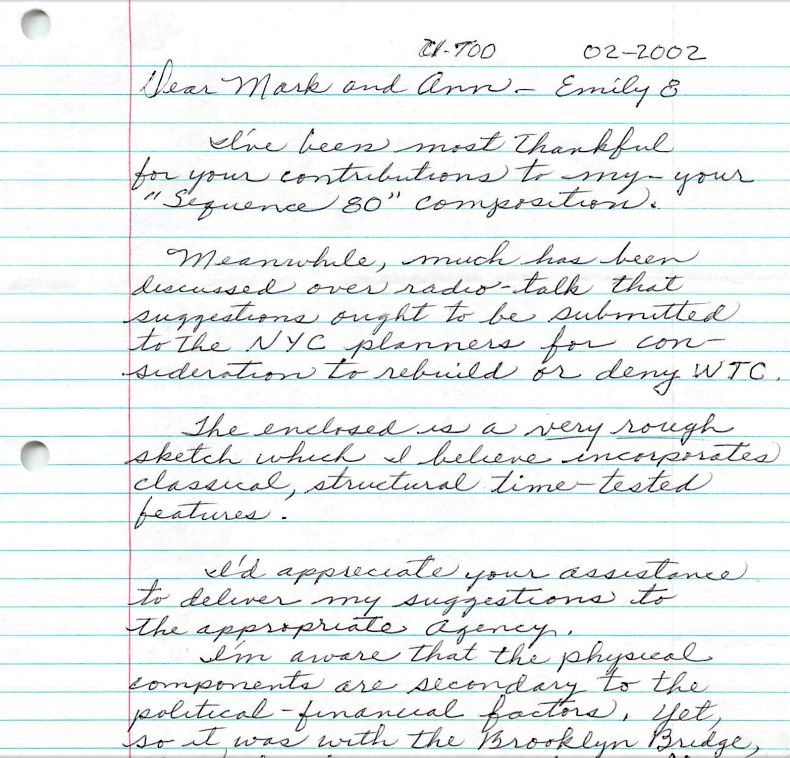 Posted by knowlengr at 22:52 No comments: 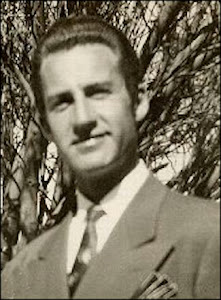